After three weeks of travelling the country virtually, the FaithAction team has currently spoken to members of faith communities in six of the nine English regions, with the final three taking place this week.

Our goal was to talk about the role faith communities around the country play in community cohesion. In particular, we wanted to focus on how faith groups can work both with each other and with their local authorities to promote cohesion, and build upon work that has been done over the last six months as communities have responded to the COVID crisis.

During our sessions, we asked our groups four questions to find out more about the picture within their region.

How has your region coped with COVID?

This question was about how faith groups have been able to respond to the COVID crisis and whether they have found a way to work with each other and with their local authorities to support their communities during the crisis.

In all the regions we’ve spoken to so far, one of the main roles that faith groups have managed to play was in the provision of food to those in need, whether this was through poverty, existing health conditions which made leaving the house difficult and were without their regular support, or because they were self-isolating due to a suspected infection. In many places, this was making use of an already existing service that was turned towards COVID support; but in others, such as in the North West, faith groups came together to support a need they saw and set up a series of food banks.

In some places, faith groups saw support from their local authorities in this, by providing them with extra resources, or by providing referrals of people these groups could help. In the South East, in particular, it was noted that Brighton and Hove Council recognised that faith groups have experience and are well equipped to deal with these sorts of situations and actively worked alongside the local groups to provide support.

Dissemination of information was also seen as being a key role for faith groups during this pandemic, as faith groups are often the centre of the lives of their congregants, and they have connections that makes passing on key messages very easy. This was especially important in communities where levels of English among certain groups was low, with faith groups able to provide information and advice in appropriate languages.

In London, the South East and the North West groups, meeting the needs of those who fell through the gaps was seen as a vital service that faith groups had played during the pandemic, particularly the support provided for the homeless.

What are the gaps within your region that could promote community cohesion that doesn’t currently exist?

Another major concern expressed by our groups was the affect that lockdown was going to have on mental health, loneliness and isolation, which are already issues across our communities, but which have been made worse by the current crisis. The regular routes of contact and support structures people rely on have been disrupted, and the services already in place to work here haven’t been able to operate. For many faith groups, this is an area they already work in within their own communities, but this is something that most of our groups felt could be extended outside of their walls.

What are the opportunities for working with each other and with local authorities?

In many areas—such as Yorkshire and the Humber and the South East—the Faith Covenant, developed by the APPG on Faith and Society for which FaithAction is the Secretariat, was seen as being a key way in developing these relationships by providing a framework for contact between faith groups and local authorities.

It was also felt by many groups that there was a need for clear and efficient signposting of the available support within communities. In both our London and North West groups, this was a vital tool for them, but one which needed to be managed effectively. In both cases, local Councils for Voluntary Service (CVS) were seen as being a vital part of this process, but it was acknowledged that, in many places, CVSs are either non-existent or don’t have the resources or capacity to carry out this work. There may be an opportunity for local councils to provide support in this area to help effectively map services.

How well are you able to work with your Local Authority and other local organisations? What are the problems and issues stopping you from doing so?

The issue of funding was also seen as being a key issue. Some local authorities have seen the value in what faith groups can offer and have provided funding for their work. However, in others—especially as funding for local authorities has been cut and there will be additional strain as we count the cost of our COVID response—faith groups have been unable to access funding, which has had an impact of what faith groups have been able to offer, even when they see a need.

Our last three Regional Roundtables are taking place tonight and tomorrow. If you live in the North East, the East Midlands or the West Midlands and would like to have your say on what role faith groups can have in community cohesion, then please register here. 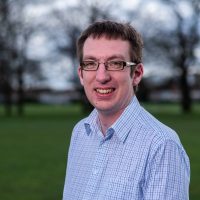 12:12 pm, 02nd Dec 2022
Creative English
@CreativeEnglish
Today our character Ben doesn't want to get out of bed! Thanks to one of our learners we've learned the meaning of… twitter.com/i/web/status/1…
Retweeted by FaithAction
3
0