A ‘New Deal’ proposed between Government and faith communities 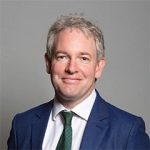 Danny Kruger MP has released a report, Levelling Up Our Communities, which proposes a new ‘social covenant’. Following consideration of 500 written responses and “dozens” of phone interviews, the report results in 20 recommendations, inspired by the extraordinary response in communities to meeting the needs of people during the COVID-19 crisis. It seeks to create a more equal future for people across the UK. Kruger states:

What is missing in our current model is community power: the role of local people, acting together spontaneously or through enduring institutions, to design and deliver the kind of neighbourhood they want to be part of. The economic and social model we need for the future has community power, and the civil society that enables it, at its heart. This is the way to level up the country – to make great places ‘from within’ rather than by outside interventions.

Significantly, Kruger sees faith communities as playing a key role and proposes a “new deal” between government and faith communities, “actively supporting the extraordinary work of organisations of all faiths”. He strongly appreciates the benefits faith communities offer, considering that their “values, their concern for the spiritual well-being of individuals and society, provide a motivation and commitment that often exceeds that of paid professionals.” He also recognises there can be considerable unease from statutory services about engaging with faith groups, which is misplaced. To address this, he suggests that the Faith Covenant “may be the basis for the practicalities of the new deal.” The Faith Covenant was developed by the All-Party Parliamentary Group on Faith and Society, of which FaithAction is the secretariat, and so far been signed by 13 local authorities. It has proved to be a successful way of helping local authorities and faith groups to work together.

Kruger proposes that: “The Government should invite the country’s faith leaders to make a grand offer of help on behalf of their communities, in exchange for a reciprocal commitment from the state.” This offer of help would be to address a specific social problem in society, such as problem debt, or children in care, or prisoner rehabilitation, or rough sleeping. The faith group would work with government to agree a way of working, including where appropriate a set of proven interventions and methodologies, which it would deliver with the permission of the relevant statutory agencies. However, rather than receiving any financial support from government, the faith group would commit to fully funding this work from its own resources. The report states: “Rather than money, the reciprocal commitment by government would consist of a direction, from the very top, to all public servants to facilitate the work of the faith group on the agreed mission or missions.”

The report as a whole has been positively received by Boris Johnson, who has described it as containing “many exciting ideas” which DCMS are actively considering.

At FaithAction, we broadly welcome the recognition of faith communities as an asset. However, we also recognise that volunteering doesn’t come for free and that at a time when we anticipate a suppression of the job market, there is also a need for financial support to unlock the full potential of faith in the public square. Do you agree?

Read the report and let us know your views at [email protected].