Extending Our Reach in Tackling Loneliness 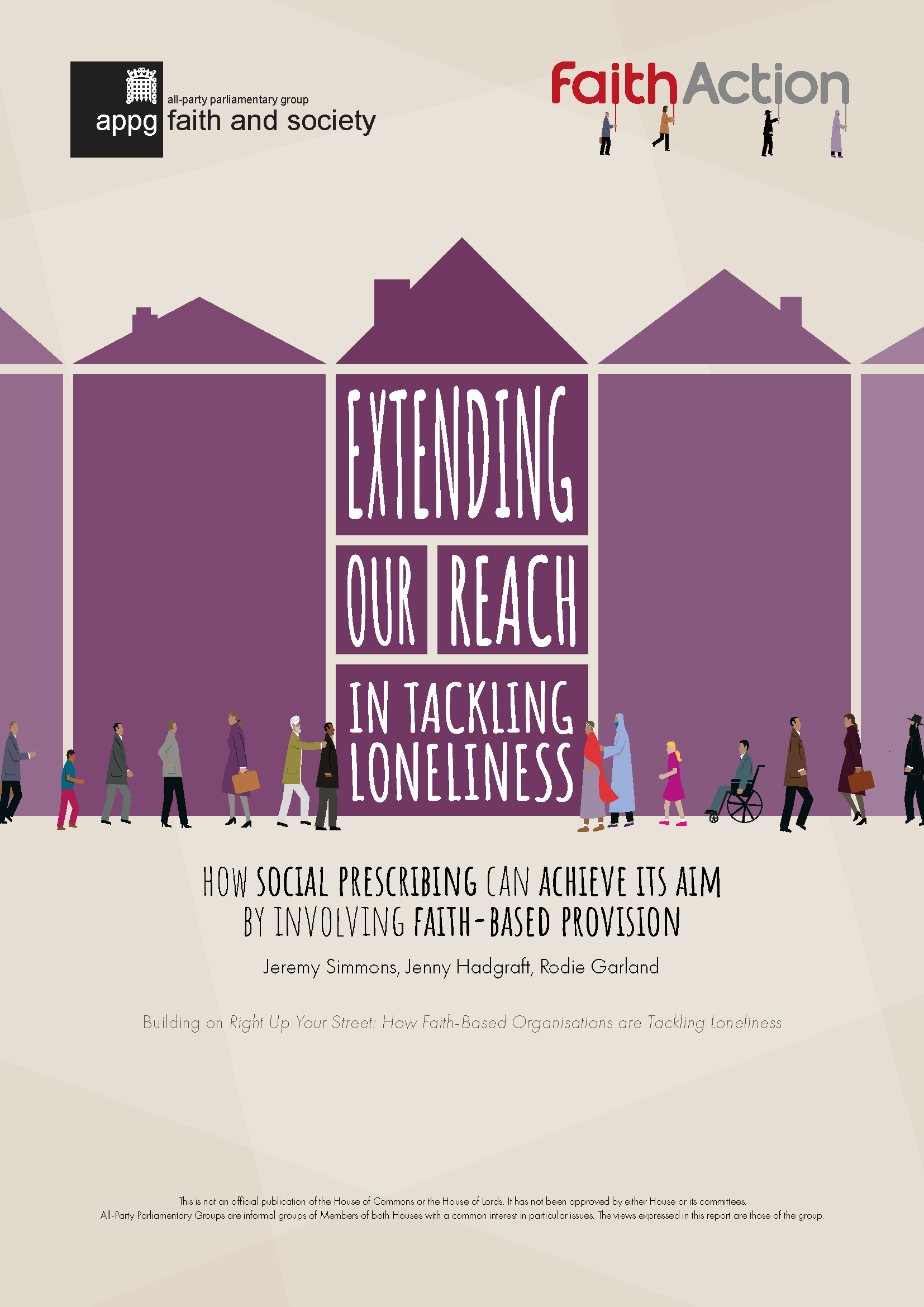 The report is a follow-on from our 2019 report, Right Up Your Street, which highlighted the breadth of faith-based provision in tackling loneliness.

Since then, we’ve been researching the involvement of faith groups in social prescribing connector schemes, by speaking to the organisations that commission and provide them. We wanted to find out about the awareness of faith-based provision throughout the country, as many areas are in the early stages of setting up their social prescribing systems.

Our report contains recommendations on how faith groups should be involved with social prescribing, in turn benefiting the mental and physical health of local communities. The recommendations are aimed at:

Right Up Your Street: Faith’s response to loneliness 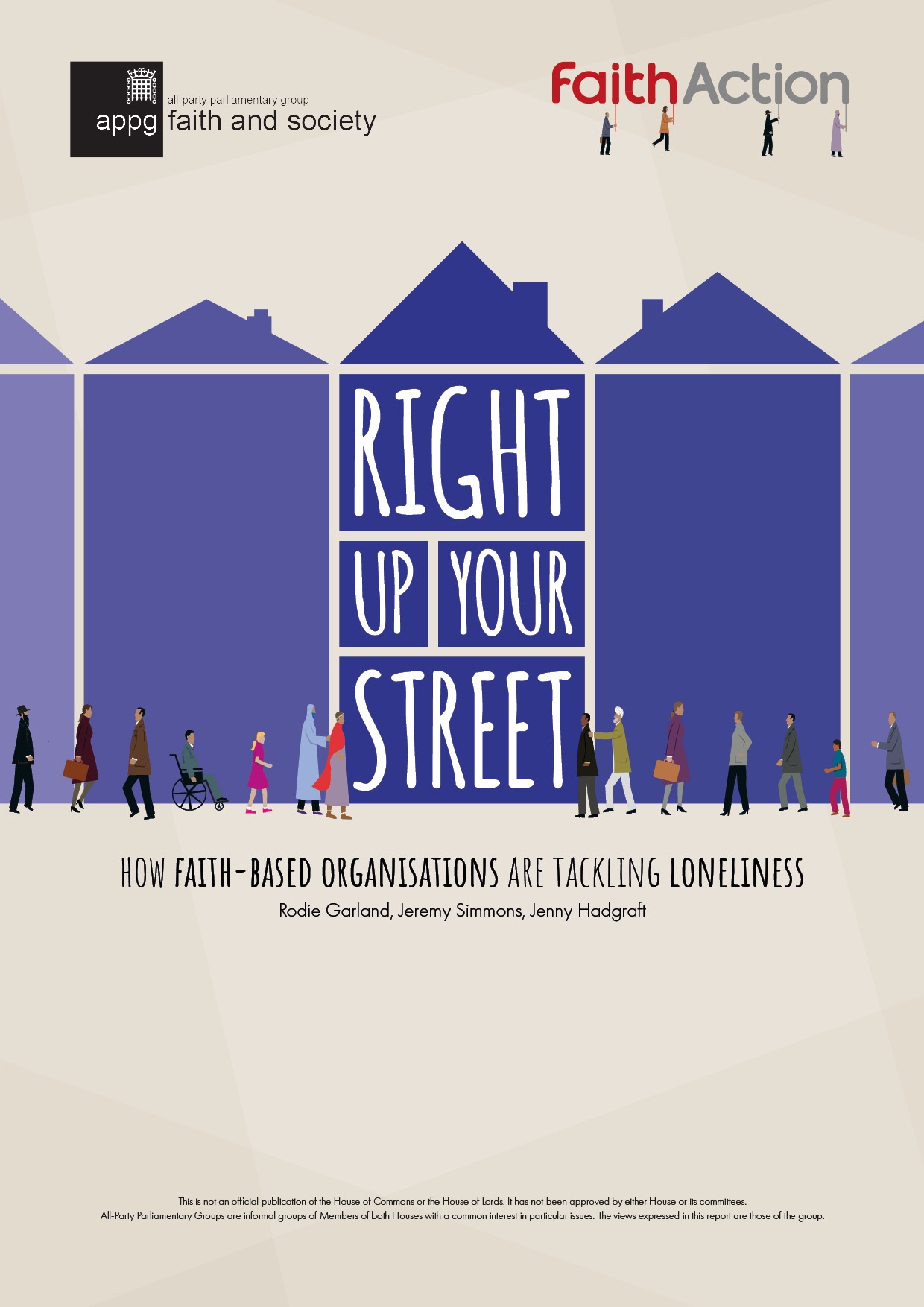 We are increasingly recognising what a big issue loneliness is in our society, and what terrible effects it can have. Tackling loneliness is becoming a political priority, with a Government strategy in 2018 and a national campaign beginning in June 2019. But all this is nothing new for faith groups, who have been “right up your street” – often for decades and more – working to provide places where people can feel they belong.

This report from FaithAction highlights just some of the ways in which faith groups are working to tackle loneliness and isolation. It analyses the key features of their work and calls for more links between faith groups and other organisations as part of a national drive to end loneliness.

Read more about the launch

What are we doing?

FaithAction is exploring faith groups’ response to loneliness, social isolation and integration, and working to highlight the major role faith-based organisations are already playing in tackling what has become a key issue in our society.

We’re also looking at what more faith groups can do, and how to link them up with government policies on tackling loneliness – such as its A Connected Society strategy, and initiatives around social prescribing.

We’re undertaking this work as part of our role as secretariat to the All-Party Parliamentary Group on Faith and Society, and together with a coalition of faith-based charities:

Want to find out more?

2:02 pm, 06th Feb 2023
FaithAction
@FaithActionNet
We are excited to announce that we will be relaunching the @CreativeEnglish licence programme in March, making it p… twitter.com/i/web/status/1…
0
1

11:02 am, 06th Feb 2023
FaithAction
@FaithActionNet
This week's blog reflects on the celebration of the 2nd anniversary of the Hong Kong BN(O) Visa scheme and how we c… twitter.com/i/web/status/1…
0
0