Finding your feet in another country

Posted on October 4, 2018 in category Blog, Community by Charlie Gibson

Before I started working on FaithAction’s Creative English programme, I spent a year living and working as teacher of English as a foreign language in Italy. I had learnt a bit of Italian, having spent the previous two summers working at camps across the country for a Theatre in Education company; but I had no knowledge whatsoever of how to live in a different country. I’d spent these two summers having a wonderful time being doted on by host families – I’d never shopped for groceries, never been to the bank and never had to deal with a problem by myself. The only thing I was definitely confident to do alone was use the trains.

My first trip to the supermarket was utterly overwhelming. It took me three weeks to locate the milk because it is packaged differently to British milk and not displayed with the yogurt and other dairy products (I literally spent three weeks eating cornflakes mashed up with yogurt for breakfast), and I was too afraid of looking stupid to ask. I spent twenty minutes loitering around the fruit stand waiting for the grocer to be distracted so I could dump a load of excess oranges back into the crate because I thought I’d asked for three and he’d given me three kilos. In the whole time I was there, I didn’t once get on a bus, because I didn’t know how they worked and I was too afraid I’d get horrifically lost if I tried. I needed Creative Italian!

I didn’t have the resilience to just have a go or the confidence in my abilities to know I’d figure it out. In Creative English, our learners build this resilience very quickly; by participating in the roleplay, they can visualise themselves doing the things the characters do in the stories outside of class, because they have already done it from within the safety of the session. By having a weekly, episodic ‘story’ in which learners play the characters, the programme pushes learners to use whatever English they’ve got, and to react to what their peers are saying to them ‘in the moment’. The roleplay follows a storyline but it doesn’t follow a script, because it’s supposed to be a preparation for conversation in everyday life, and everyday conversations don’t follow a script! Learners get to practice inhabiting the slightly vulnerable space of not knowing what the other person will say in the safe and supportive environment of the session, and then it doesn’t seem quite so daunting in the real world.

When I was in Italy, I was inhibited by my terror of making a mistake or not being able to understand a response to a question. But I see the evidence every week that this is not the case for learners after they’ve attended a few sessions of Creative English. As one learner has said: “It’s scary to do things [in the drama] in front of the whole class at first, but it’s good for making confidence. Now I’m not so scared in life.’’ 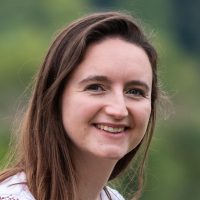