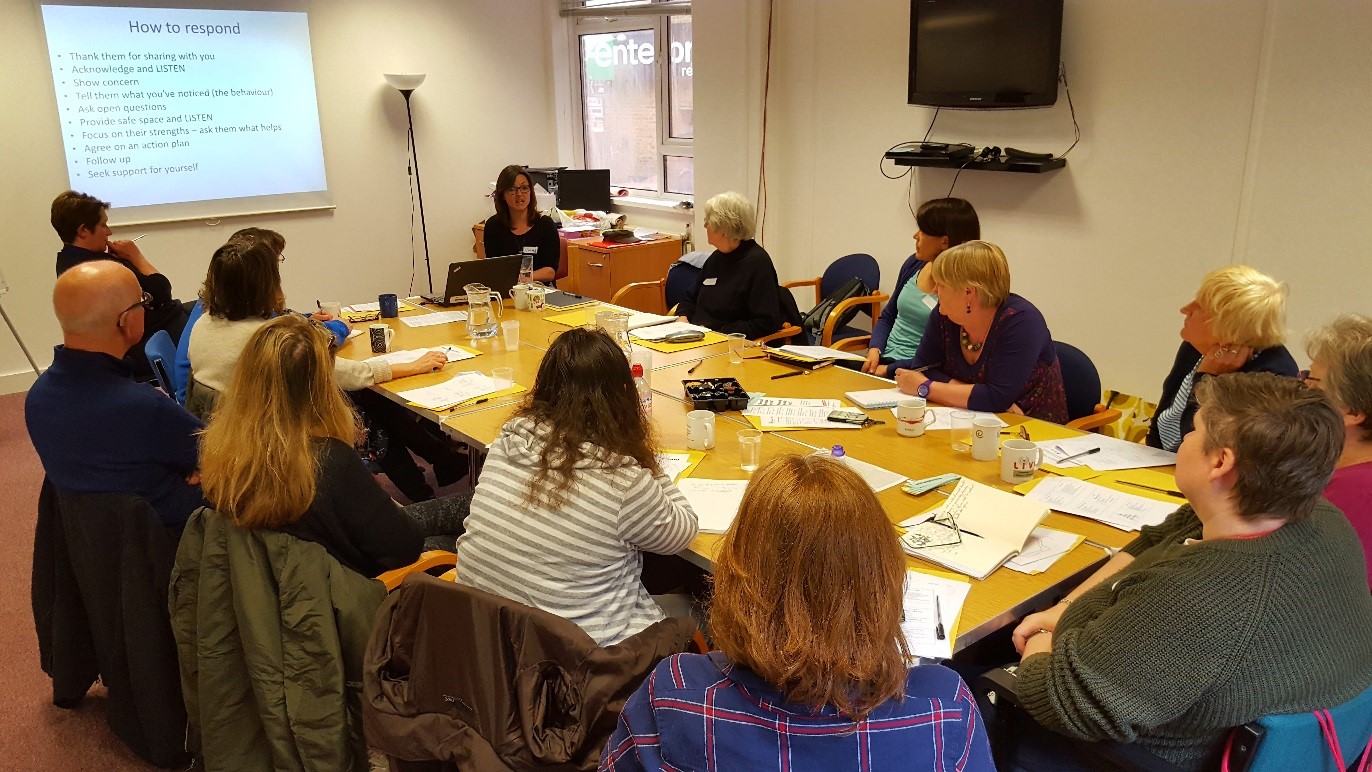 In this guest blog post, Lev Eakins of Brighton and Hove Faith in Action reports from one of our Faith and Mental Health Beacon Projects with national mental health charity Mind.

Brighton and Hove Faith in Action (BHFA) is a multi-faith charity in Brighton that supports faith groups that deliver social welfare projects such as food banks, homeless shelters and mental health services. In 2016 we responded to a FaithAction newsletter item concerning a joint project with Mind. We collaborated with Mind in Brighton and Hove (MiBH) and applied for funding to offer mental health awareness training to local faith groups.

We discovered the training was necessary after a conversation I had with the lead chaplain of the local mental health hospital. He told me that when patients were ready to be discharged his duty was to help them make contact with a faith group if the patient wished to reconnect with a faith tradition. He explained that he rarely had any problem referring to local Jewish and Buddhist groups, but he found it very difficult to refer onto Christian and Muslim groups. For some Christian groups this was due to a lack of confidence in their ability to take on someone with complex mental health needs, but for the Muslims it was due to beliefs some held that poor mental health was a sign of spiritual weakness or possession by an unclean spirit.

We wanted to do something about this, so we designed a project that would survey the faith groups in the city, asking them what their training needs were around mental health issues, and then put together a bespoke training session. We were successful in our funding bid and formed the BHFA Mental Health Faith Partnership (MHFP), with a committee made up of Buddhists, Christians and Jews who had experience in working in the local mental health sector and the Training and Service Development Manager from MiBH.

Finally, we put together a ‘white list’ of those who had undertaken the training. This is now used by the mental health hospital chaplaincy, so they could refer to those faith groups who have been trained in mental health awareness.

We are forever grateful to Mind and FaithAction for the funding and management support of this project, which was successful in bringing together faith and secular partners in the delivery of high quality mental health awareness training. The MHFP committee was so pleased with how the project went, we have decided to continue beyond this round of funding and are exploring ways we can deliver accredited training for Mental Health First Aiders in faith groups across the city.

2:01 pm, 30th Jan 2023
Carers UK
@CarersUK
Our Helpline is here for unpaid carers. We can provide specialist information on a range of topics, including… ◼️… twitter.com/i/web/status/1…
Retweeted by FaithAction
19
27