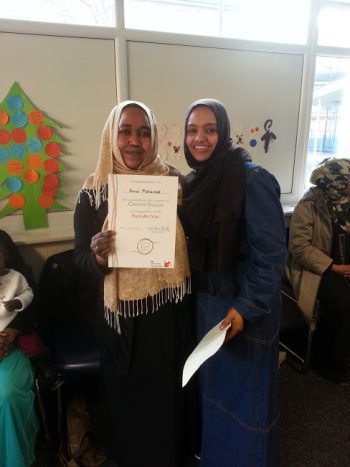 We recently had the pleasure of speaking to Julie D’Souza Walsh from The Furnival, a community hub in Sheffield. Working largely with young people through the mentoring and therapeutic project ‘Cellar Space’, they have branched out more recently to include Creative English, after school clubs, a dementia café and a Somali women’s carers group.  The Furnival is an outward-looking organisation that is driven to transform the lives of people in their local community, reducing isolation and establishing trust across cultures.

The Furnival’s core values centre on care, valuing people, and being motivated to reach those on the edges of society. ‘Cellar Space’ (so named because it takes place in what used to be the cellar of their 1970s flat-roofed pub building conversion) remains the main project, working one-to-one with young people who are not engaging in mainstream education to build emotional resilience and wellbeing.

Building relationships is a key part of The Furnival’s remit. Speaking about the success of their Creative English sessions, Julie told us, ‘You know when learners arrive with their own cakes to share that they’re owning it then. It feels like a real sense of family. It’s not us and them, it’s all of us together.’

As well as everything that already happens at The Furnival, the Creative English learners have recently decided to start a FoodCycle hub, which will operate from The Furnival’s kitchen space every Thursday from January.

For further information about The Furnival, visit www.cellarspace.org