The Adventures of Seemab 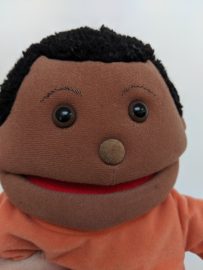 If you follow Creative English on Twitter (@CreativeEnglish), you will know that we sometimes share pictures of our puppet, Seemab, as a way of highlighting some of the weird and wonderful colloquial expressions in the English language. Many of you have helped us by suggesting expressions on a given theme. As a bit of fun over the summer, we thought we’d turn some of those suggestions into a photo story. When I showed it to my 8-year-old niece, however, she was unimpressed. She knew faith groups could help. Here’s our story and how she ended it. 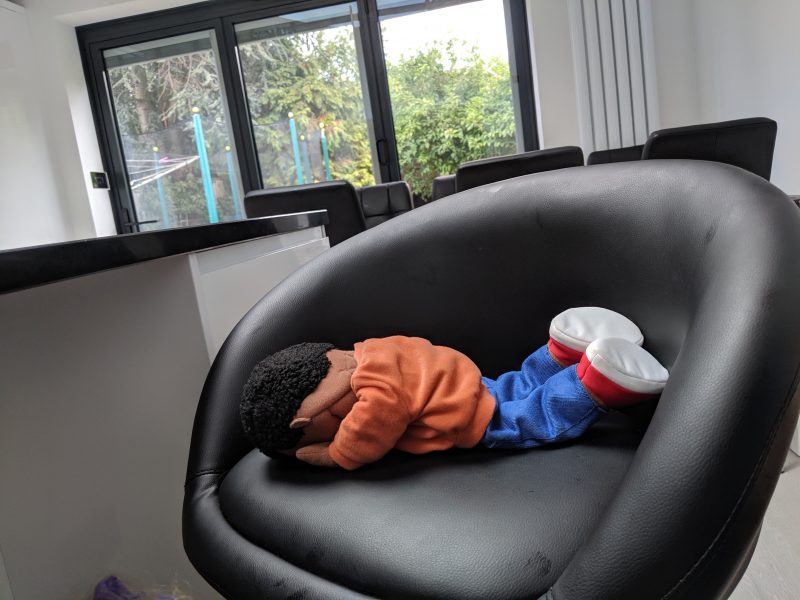 Despite his orange top, Seemab was feeling blue (depressed). 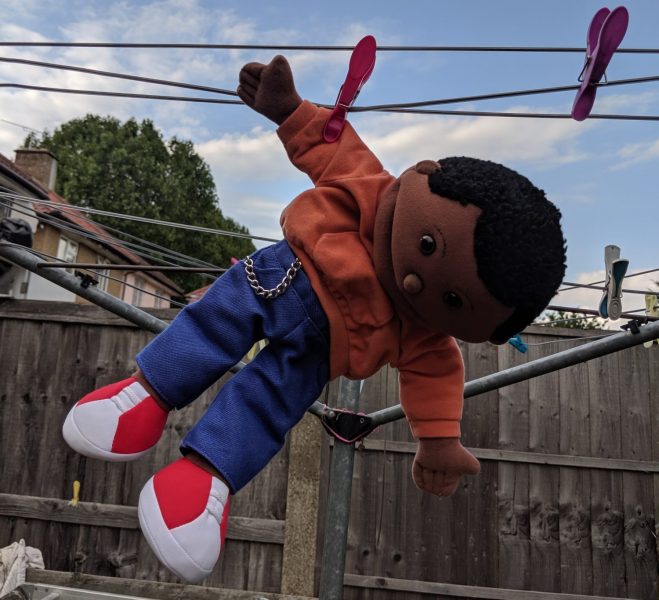 He couldn’t hang around (wait feeling purposeless) forever. It was as if he’d been hung out to dry (abandoned to save someone from a difficult situation) by the people he used to know. He really needed a friend. 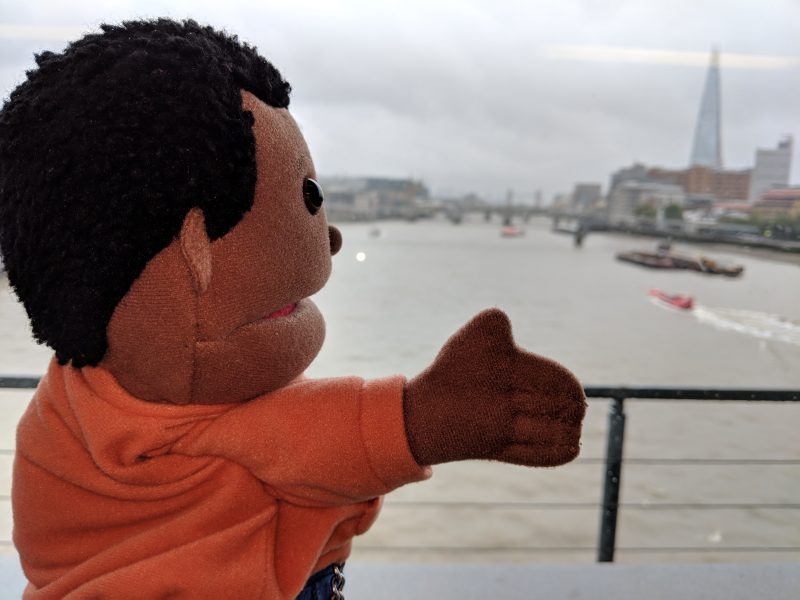 He didn’t want to miss the boat (fail to take advantage of an opportunity through not acting quickly enough). 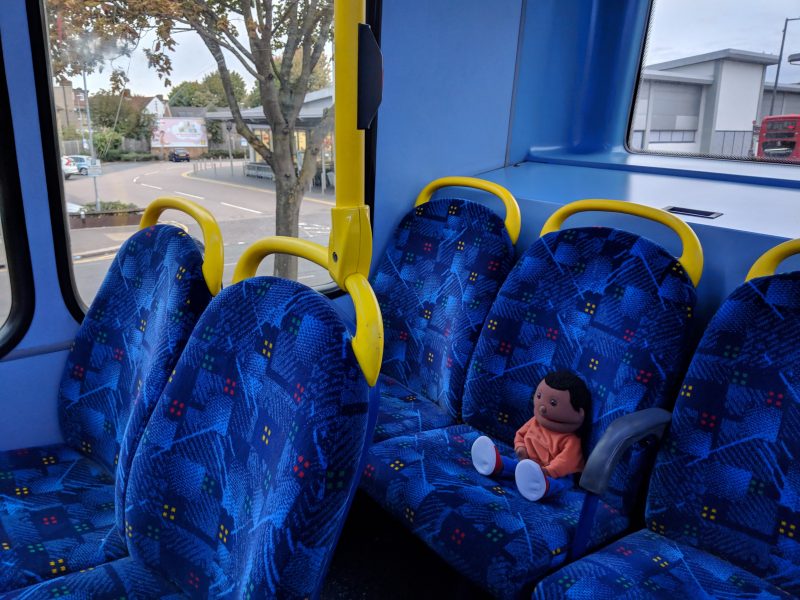 He didn’t want to be taken for a ride (to be deceived or cheated). 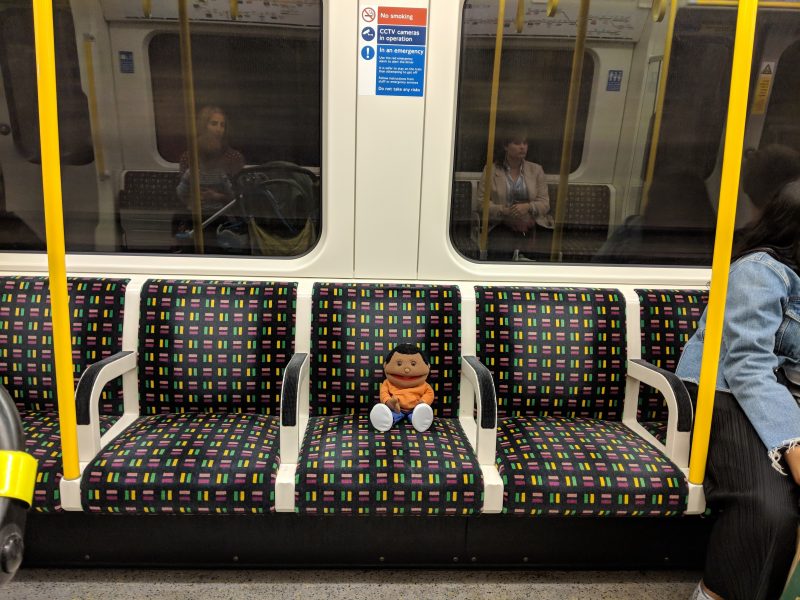 He didn’t want to lose his train of thought (forget what he was talking about), or to be forced to go underground (conceal himself, especially from figures of authority). 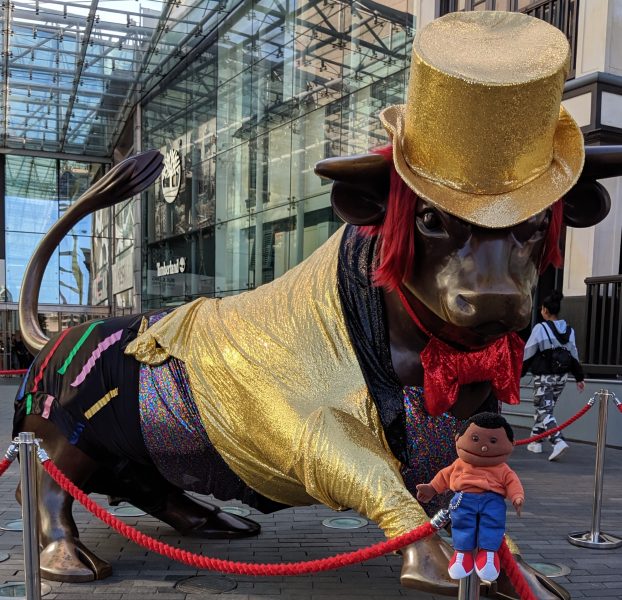 It wasn’t all a load of bull (nonsense). Friendship mattered. 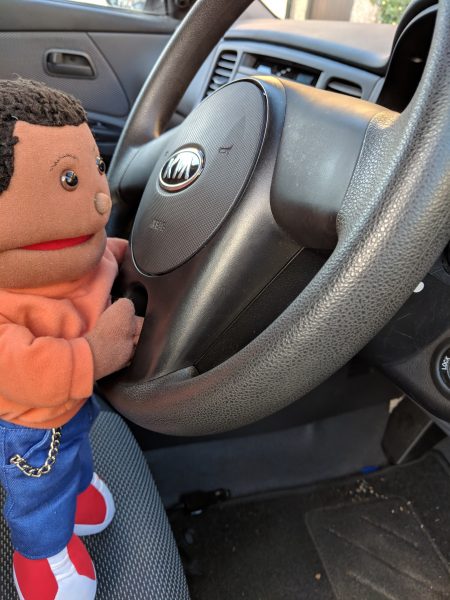 The fact he didn’t have friends was driving him round the bend (really annoying). 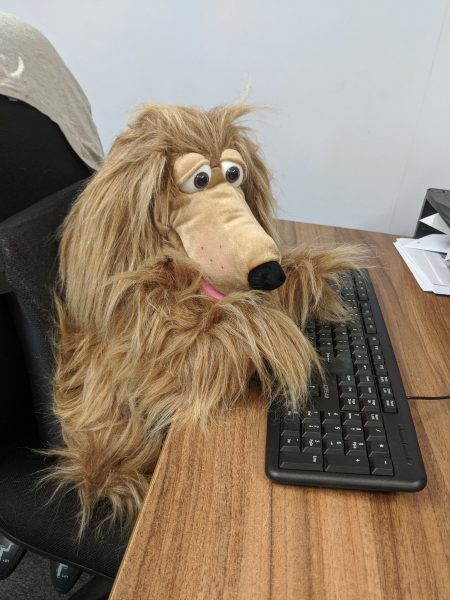 It was just another day at the office (one of many ordinary days). He decided to get some help from Toffee in the back office team (internal administration staff in a company). Toffee was working like a dog (very hard without much reward). He needed a friend too. 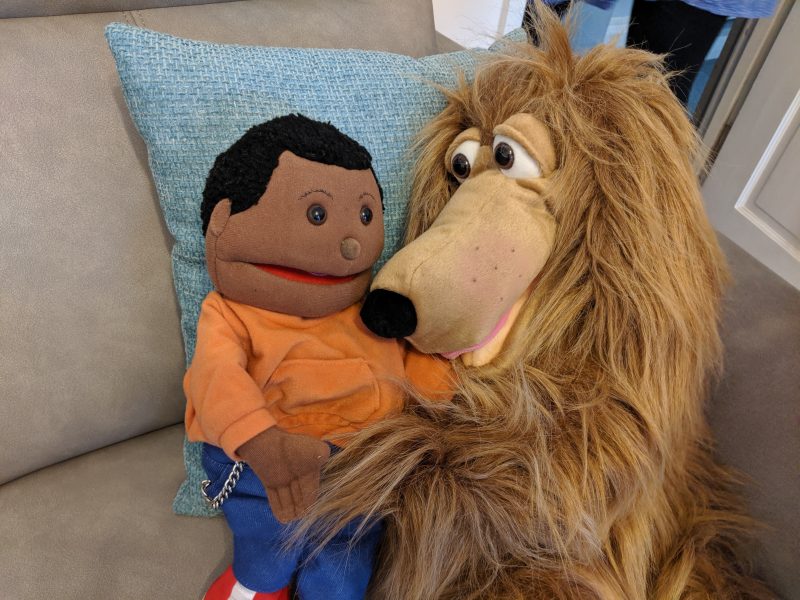 Soon they were joined at the hip (together all the time). Even though one was a boy and one was a dog, they spoke the same language (understood one another as a result of their shared values) and always saw eye to eye (agreed with one another).

“That’s not a good story!” my 8-year-old niece protested. “Seemab’s a boy! He needs human friends! A dog isn’t the same as having friends.”

“No,“ I replied, determined to make use of the puppet to hand. “I’ve got a dog puppet. He’s going to make friends with a dog.”

“No, look!” my niece persisted, fetching a flyer and pointing to the words ‘Come and make friends’. “He can make friends here.”

And so she rewrote the end of the story. 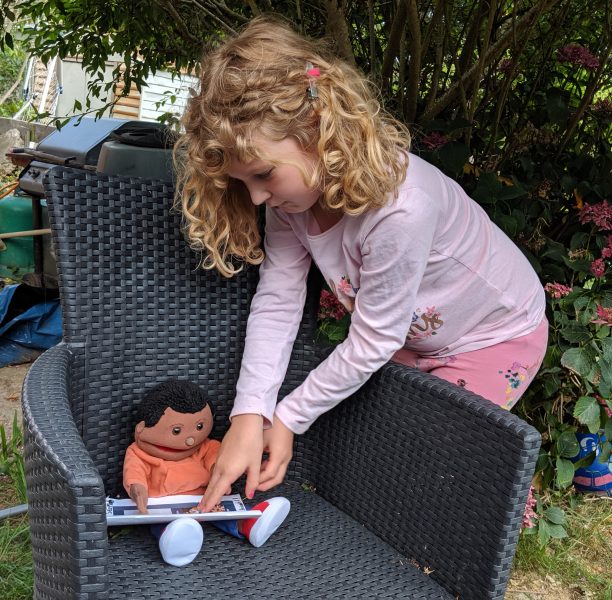 Seemab was given a leaflet about a ‘Tea and Toast’ club, run for everyone in the local community by volunteers from a local church. This was a place where he could make friends. 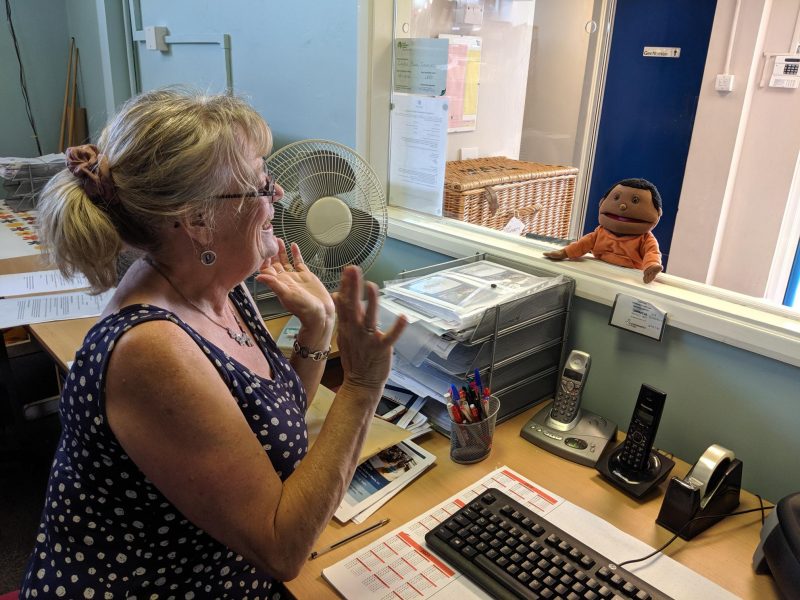 Seemab went to the ‘Tea and Toast’ club. 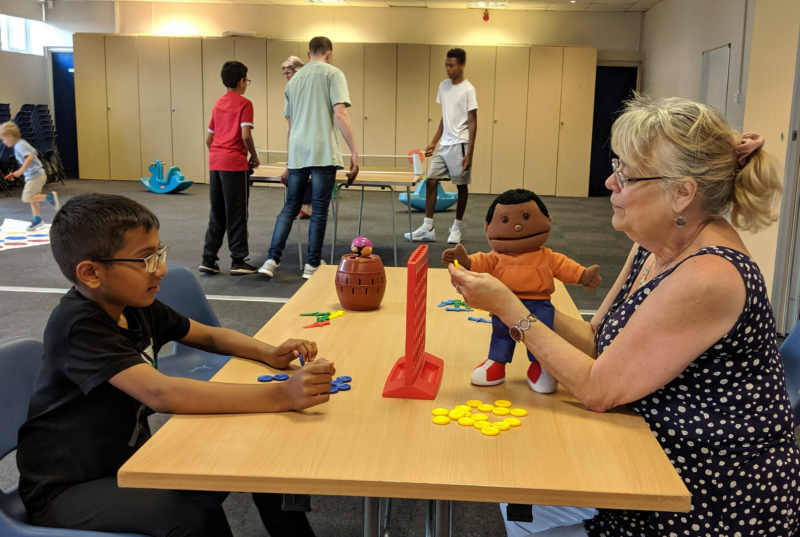 There were lots of people and different activities. 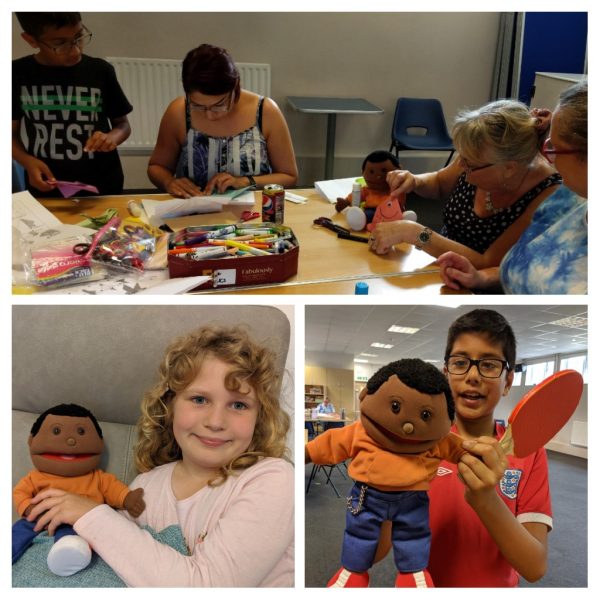 Now he has lots of friends.

My niece had hit the nail on the head (had exactly the right answer). Faith-based organisations are fantastic at providing spaces where people can make friends. They run a whole host of activities from parent and toddler groups, coffee mornings and games clubs to specific outreaches like English language classes and support groups, often with the explicit intention of helping people form friendships and connections in their local communities. They will also have volunteers who go out of their way to make people feel welcome, recognising the importance of making friends and how daunting it can be arriving in an unfamiliar setting. Faith groups offer a constant presence in the community. As a result, people can attend for as long as they want or need. Being powered by volunteers, there is the opportunity to share your own skills and forge genuine friendships and not just to be the passive recipients of a professional service.

So thank you to all those who facilitate these groups and are willing to build a bridge (promote a friendly relationship between people or groups) to welcome and include others who may otherwise find a new place hard to access. You are the answer to Seemab’s problem and for thousands of people who also need friends. In a society where so many of us experience loneliness, the power of this offer should never be underestimated.