A Connected Society: one year later

Posted on October 17, 2019 in category Belonging, Blog, Health and Care by Jeremy Simmons

It was one year ago…

…that the government launched its loneliness strategy for England: A Connected Society: A Strategy for Tackling Loneliness.

After committing to take forward a number of recommendations made by the cross-party Jo Cox Commission on Loneliness, and having already appointed a minister with responsibility for loneliness earlier in the year (a world first), the government decided that a clear strategy was needed.

It was a huge step. For one thing, this was the first time any country had acknowledged the scale of the problem facing our society in such a comprehensive way. And it’s not without note that, at a time when the political sphere is characterised by division, this work on loneliness was, and remains, decidedly removed from party politics. There is an acknowledgement that it is a problem that runs deeper: loneliness and social isolation are monsters lurking, if you will, far beneath the stormy seas of our current political climate. The strategy is a bold effort to draw not just government departments but, in building on the successes of the Jo Cox commission and the APPG on Loneliness, all political parties together towards a common goal.

So what has been the outcome? As noted in the Loneliness Action Group’s shadow report on the strategy, there have been encouraging steps: good cross-departmental collaboration; the development of new measures for loneliness; progress in the roll out of social prescribing and the launch this year of the “Let’s Talk Loneliness” campaign. Not surprisingly, there is more to be done. It’s not clear exactly how social prescribing will take shape on a local level, and it remains to be seen how many of the strategy’s other commitments will affect the lives of ordinary people on the ground. Yet things are moving in a positive direction.

So where do we, as people of faith, fit within this?

In the very first line of her foreword to the strategy, then-Prime Minister Theresa May speaks about a Churches Together Christmas community lunch in her constituency of Maidenhead, which, as she describes, exists so that “no-one need be on their own at such a special time of year.”

She kicks things off, then, with one example of a faith community doing what it does best: encouraging community, fostering belonging, and facilitating friendship. And in many ways, if this work is to have the longevity it seeks, it will need to be empowered by the contribution of faith throughout its implementation. As we often argue at FaithAction, faith-based organisations are the “first in and last out” where crisis arises. Loneliness is no different. Government may be a year into its own work, but countless faith groups up and down the country are old hands at it.

In July this year, we launched our own report on Loneliness, Right Up Your Street, highlighting the great contribution of faith in this area. 82% of organisations we surveyed had recognised loneliness to be a problem in their community, and solutions were wide ranging. We heard about a befriending scheme that links volunteers with residents in care homes. We interviewed the founder of an initiative forging connections between local mosques and community centres for women isolated in their communities. We discovered a synagogue finding creative ways to ensure no-one misses out on services. Many of the organisations we surveyed had been doing this work for decades.

These examples are a small sample of the diversity of faith-inspired work happening throughout the country; we know that each week our e-news goes out to thousands of community-based projects helping people find community, belonging and family. Indeed, when the government talk about the many initiatives  tackling loneliness today, the chances are they are talking about you.

But we want to hear more. Soon we’ll be releasing a second set of recommendations to the government, following Right Up Your Street, to coincide with their first annual report. Whether you’re a lunch club, a community centre, a men’s shed or a mosque, we want to know…

We’ll do our best to ensure that, as the government’s work on loneliness enters its second year, the enduring contribution of faith is recognised and harnessed. 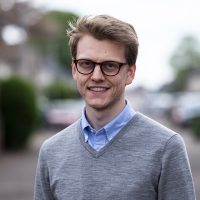 9:12 am, 02nd Dec 2022
Inter Faith Network
@IFNetUK
A number of 'Faith Covenants' were signed or renewed in #InterFaithWeek by local authorities. This continues, eg he… twitter.com/i/web/status/1…
Retweeted by FaithAction
2
0