Lifestyle, drinking and eating habits all contribute to this figure, but there’s more to it. The NHS / Department of Health / Public Health England have done a great job in reducing early deaths in women through their programme of scans, checks etc. Where are the same checks for men?

67% of men are obese. Name a weight loss plan for men!

NHS health checks are primarily about reducing heart disease. Men make up 75% of those dying prematurely and yet 65% of local authority NHS health checks couldn’t say how many men they’d engaged!

Men in Blackpool are 4 times more likely to die of liver disease than men in Bedfordshire.

Unemployment and redundancy are bad for the health. It causes long-term mental and physical health problems and exacerbates existing conditions. The DWP are often asked to talk to large companies prior to a bout of redundancies. They have leaflets on their rights and benefit entitlements. There is nothing to hand out about the mental and physical issues caused by being made redundant.

Men have a lower health awareness than women. They are less likely to attend the GP, dentist, and NHS health check and any screenings offered. 1

Did you know that many men from ethnic minorities are more likely to talk to the leader of their place of worship (Church, mosque temple etc.) than they are to their GP?2

Phew! How far down your chair have you slumped? The facts and figures go on.

There is no national strategy for men’s health in the UK, as there is in Australia and Ireland. Culture and stigma means than men don’t talk to friends about health issues (unlike women). Things need to change.

Care to join me in doing something about it? Have a look at the Men’s Heath Forum and see how you might get involved.

Maybe more of us will be able enjoy retirement! 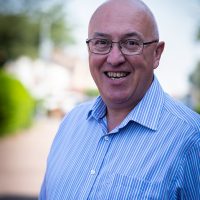 Martin has worked for FaithAction and its parent organisation Lifeline Projects for over 6 years and has held numerous roles, including Project Manager, Project Delivery Officer and Data and Technical Support Officer. His background is IT Management, holding an MCSE, ITIL foundation cert and Prince 2 project management qualifications.

He has previously spent 4 years working in Mozambique as an aide development worker and speaks Portuguese. Other interesting notes are that he is an ex-professional photographer, he loves fishing, golf and generally collecting hobbies!

View all posts by Martin Smith →